The award is granted by the Chamber of Commerce, Banco Santander and Grupo Segre and is aimed at SMEs. 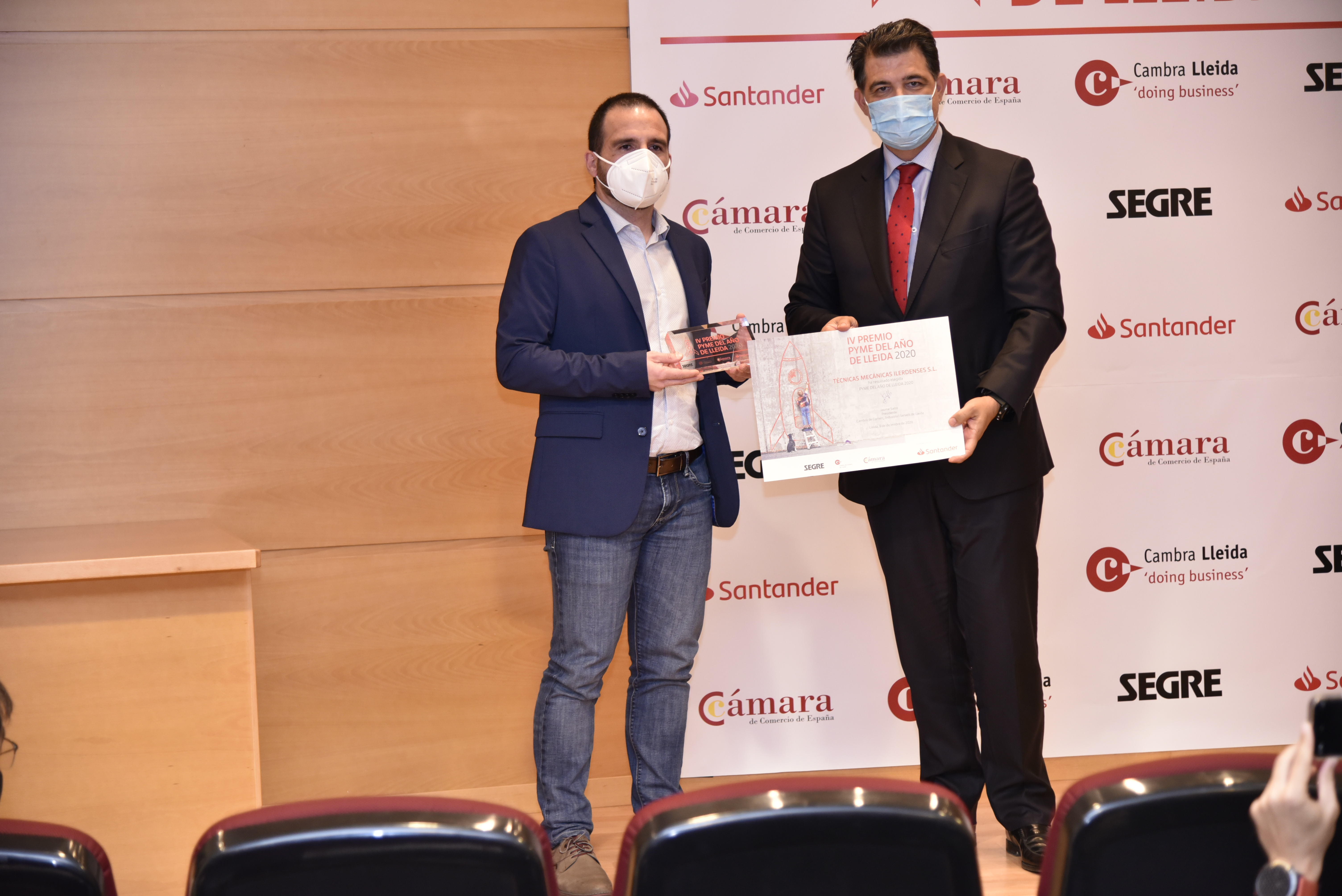 We are pleased to announce that we have been awarded the Premio Pyme 2020 prize (SME of the Year 2020) by the Chamber of Commerce of Lleida and Banco Santander, with the collaboration of the SEGRE Group. The award acknowledges the efforts and contribution to regional economic development of SMEs, the capacity to generate employment, as well as their internationalisation and responsible management.

Thanks to our experience developing solutions for bagging and palletising, we were able to win the candidacy, beating the 27 other companies that competed for the award this year. There were 17 companies competing in the previous edition, and Josep Ramón París, the general secretary of the Chamber of Commerce, highlighted this "notable" increase.

The jury recognised TMI's commitment to internationalisation. Seven out of every ten euros invoiced by the company are generated by exports, and we currently operate in more than 40 countries around the world. In addition, since 2017, we have a subsidiary in Mexico. They also considered the "modern facilities" located in the Camí dels Frares industrial estate in Lleida, which were exlarged two years ago, as well as the total number of workers.

We would like to congratulate the other candidate companies for their great work and participation: CLANSER SA, Grupo Consist, S.A., Starloop Studios, ATLAS energia and ROURE OPTICS SL.

We are honoured to receive this Award - thank you all!